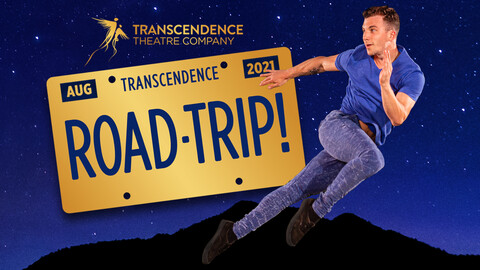 When is the last time you were in Nashville? Have you taken the kids to Orlando? Wouldn’t it be awesome to experience Hollywood’s old school charm? Or a magical night on the town in New York City?... Read more 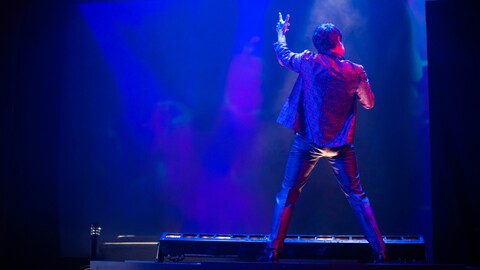 "The Song of Summer"

Each summer, there’s a song on every playlist, radio station, and wedding dance floor; that inescapable earworm that everyone hums on the way to work — "The Song of Summer". This year, that song b... Read more 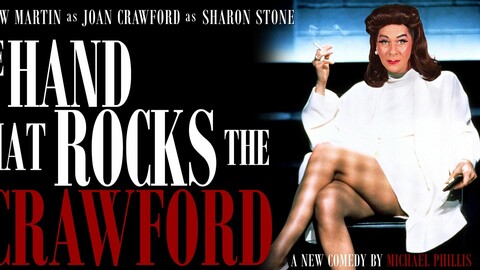 "The Hand That Rocks the Crawford"

"The Hand That Rocks the Crawford" is a new comedy by Michael Phillis, starring Matthew Martin. "Basic Instinct, Fatal Attraction, Single White Female" — what do these films have in common? None of ... Read more 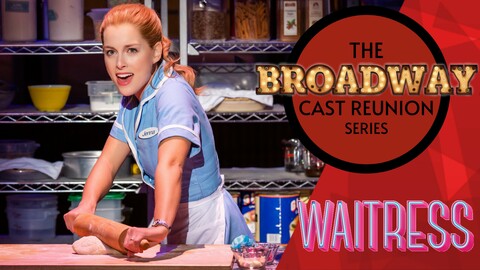 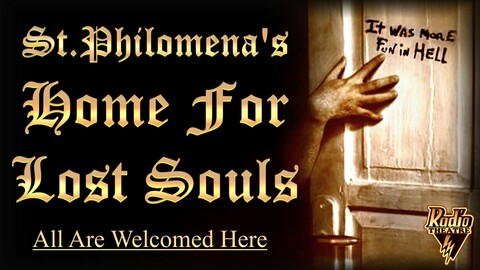 During the time of Covid, when all entertainment venues had been shut by order of law, many stage companies had suffered greatly and some had even disappeared from existence. But, a few persevered thr... Read more 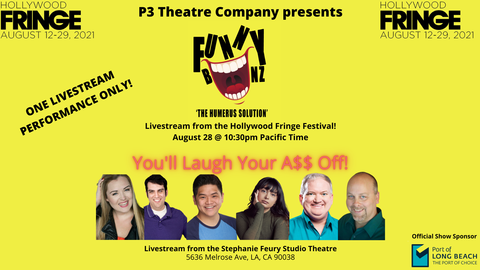 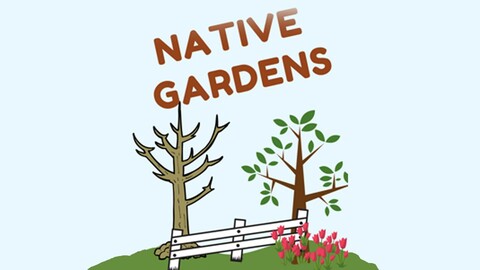 In this brilliant comedy, cultures and gardens clash, turning well-intentioned neighbors into feuding enemies. Pablo and Tania have just purchased a home next to Frank and Virginia, a well-established... Read more 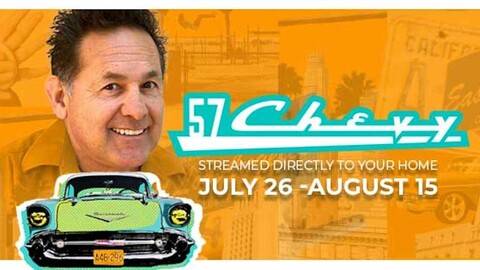 It’s 1964 and 10-year-old Junior is in crisis because his Old World Mexican dad is at it again. Five years ago, he loaded his entire familia into his 1957 Chevy and moved them all from Mexico City t... Read more 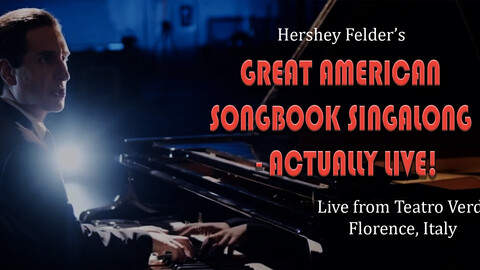 Based on the popular 'Audience Singalongs' that took place on Sunday and Monday nights during runs in theaters throughout the country, Hershey Felder and his team have created an event, where you can ... Read more 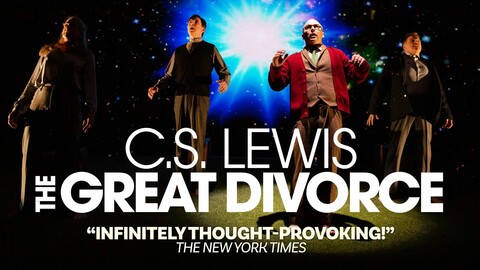 C.S. Lewis’ mesmerizing fantasy about heaven, hell and the choice between them comes to life on stage with Lewis’ signature wit, amazing actors and dazzling, state-of-the-art stagecraft! Lewis’ ... Read more 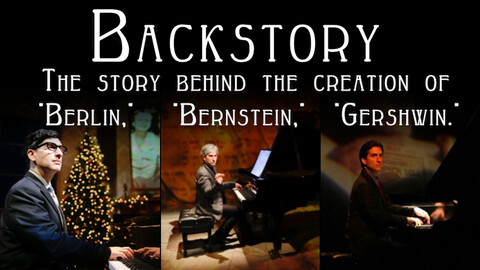 Hershey Felder: "BACKSTORY" - The Story Behind the Creation of "Berlin, Bernstein, Gershwin": Online

It can arguably be said that in the last century, three children of Russian and Ukrainian immigrants shaped an American Musical Landscape. Irving Berlin (1888-1989), George Gershwin (1898-1937), and L... Read more 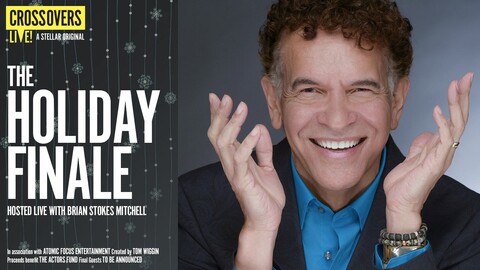 To complete our star-studded season, join host Brian Stokes Mitchell and some very special guests for "Crossovers Live!" The Holiday Finale! Celebrate the season with a holiday lineup of crossover sta... Read more 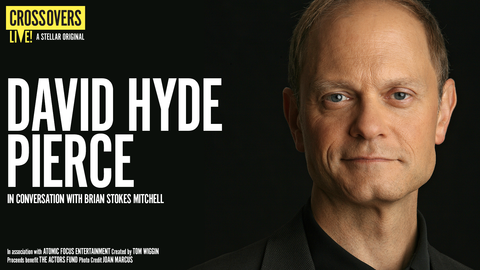 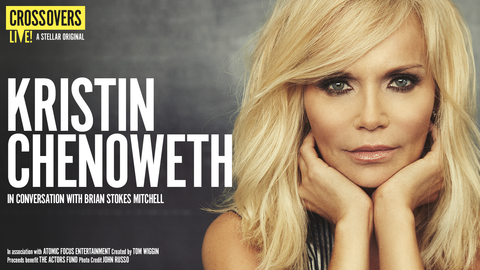 Host Brian Stokes Mitchell is joined by Tony and Emmy award-winning actress and singer Kristin Chenoweth. She’ll give us her take on how an opera student from Oklahoma winds up winning a Tony for "Y... Read more 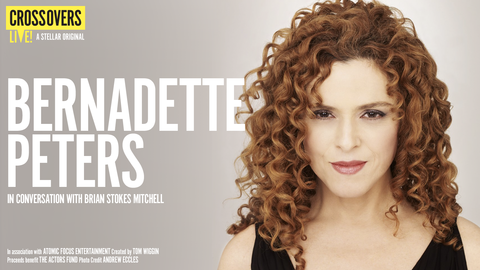 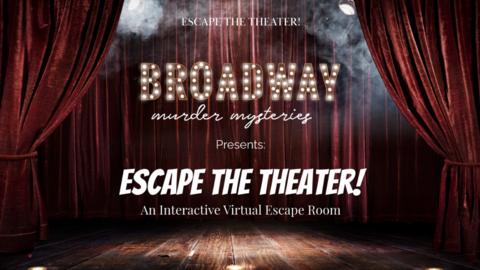 This virtual escape room is the perfect game to play solo or in groups and is great for Broadway fans! The Setting: You and your friends have won a backstage tour after the 43rd night of 43rd Street. ... Read more 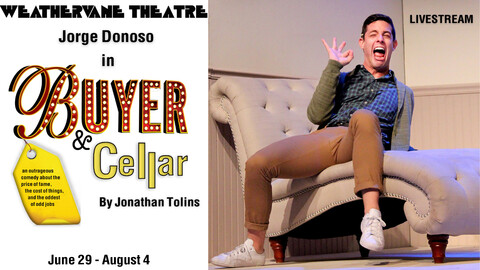 "Buyer & Cellar" is an outrageous comedy about the price of fame, the cost of things, and the oddest of odd jobs. It follows struggling L.A. actor Alex More (Jorge Donoso) who takes a job working in t... Read more 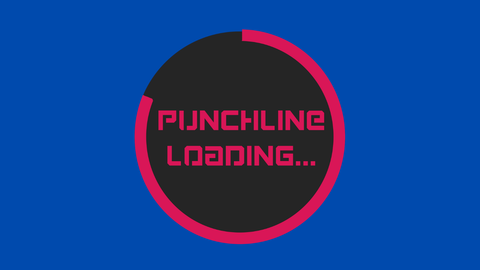 Come join Punchline Loading ... as we get goofy and clown around with more brand new original sketches. Punchline Loading is a fun, funky, and creative group of writers, actors, and editors from NYC. ... Read more 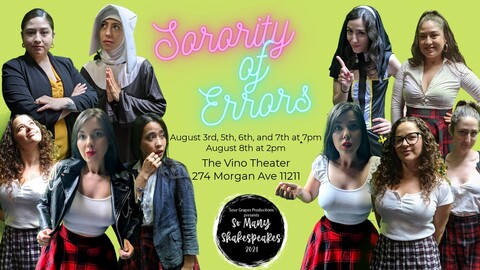 "Sorority of Errors" tells the story of two sets of identical twins who were accidentally separated at birth. Antipholus of Syracuse and her servant, Dromio of Syracuse, arrive in Ephesus, which turns... Read more